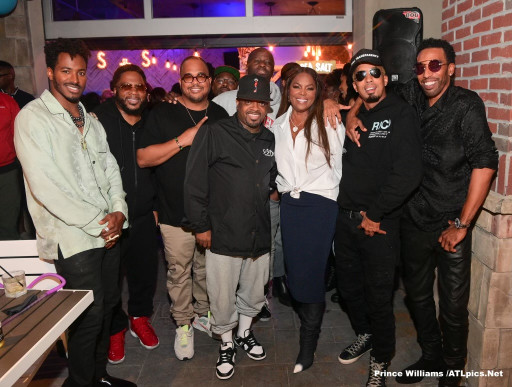 The star-studded event, hosted by Sea Salt's founder, Juan Farmer, had a great turn-out with over 150 guests. Notable attendees include:

Sea Salt Seafood Lounge invited Social Media Bloggers/Vloggers who sampled the menu and experienced the ambiance at the venue as well as a red carpet entrance for guests to take photographs upon arrival. The night ended with a toast from the owners of the restaurant. "We are truly grateful for the outpouring of support from the community, and we will continue to create memorable dining experiences for our guests," said Juan Farmer.

The restaurant is now open to the general public, and the menu boasts the same flavorful menu as its original location in the Virginia Highlands, which was founded in 2021.

Original Source: Sea Salt Seafood Lounge Celebrated the Grand Opening of Their Second Location in the Upper Westside of Atlanta

What it means to be a political embed