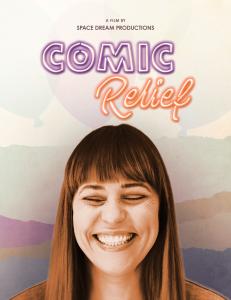 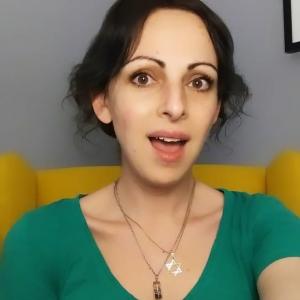 Sometimes we don’t need the dark dramatic over-the-top indie ‘realism.’ Sometimes we just need a story. I loved this story right off the bat because it is something that could happen to any of us.”

MONTANA, USA, March 29, 2022 /EINPresswire.com/ — Thirty-five film productions will share $1,500,000 through the Big Sky Film Grant Program for fiscal year 2022 from the Montana Film Office to film on-location across the state. Among those projects is Space Dream Productions’ upcoming feature film, “Comic Relief” which was awarded a grant in the amount of $50,000.00.

The Big Sky Film Grant is an incentive provided by the Montana Film Office, who partners with filmmakers and production companies with the intention of creating Montana Film Industry jobs. The program serves as an advocate for Montana filmmakers, crew, and service industries, and is a highly competitive grant. Past awardees of The Big Sky Film Grant include Paramount Network hit, “Yellowstone.”

Opportunities are provided for industry and independent films alike.

Directed by Koura Linda, “Comic Relief” is an independent film, written by Alex Hawthorne, Spaceship, and Koura Linda, with story development assisted by Associate Producer Nick Gambino. “Comic Relief” shows everyday people who have hopes and dreams, but who are themselves struggling. Those who on the surface seem to have it all together when in fact they are about to explode. True to Independent Filmmaking, this film is supported by Associate Producers Sandra Santiago, Bryan Redhead, Cimmone Ferry, and Executive Producer Eugene Suh. “Comic Relief” highlights the talent of up-and-coming stars, Merri Jamison, Ashley Atwood, Alyssa Suede, Regan James, Sangeeta Agrawal, and Sandra Santiago. Joining this exceptional cast is “Legacy” star Anton Jeftha and “What We Do In The Shadows” star Jonny Brugh.

Most films geared towards 30-somethings (especially female 30-somethings) are focused only around families and/or sexuality. These limited stories leave little to be told about an entire generation of humans who struggle with a lack of steady careers, and live in a world full of “I hate people” memes and “just have a drink”. “Comic Relief” is the story of a woman in her mid 30s determined to chase her dreams no matter what. This film starts conversations about what it means to be an adult, about responsibility, actual friendship, and toxic social cultures, and artfully balancing the dark reality of struggling not as a deep dark gritty indie character or a light fairy-tale princess, but struggling as a middle-of-the-road average human, as much of us are.

The “Comic Relief” screenplay was selected in multiple film festivals, and received multiple nominations and awards, including the Harold L. Brown Award for Excellence as a First Time Writer for Alex Hawthorne at the Northern Virginia International Film & Music Festival. Once the film is complete, “Comic Relief” will not only be submitted to festivals and distributed, but will also screen in communities lacking stories about all types of humans, to serve as a piece of art intended to instigate conversation about alcoholism, depression, and never giving up on chasing your dreams even if you’re not a tragedy and not a superhero, but just a person wanting to live their best life.

The very heart of “Comic Relief” is the Japanese proverb: “Fall down seven times, stand up eight.” While “Comic Relief” originally launched late 2019 with big plans for 2020, true to the heart of the project, the production team has kept on keeping on through all the pandemic shifts and changes. “Comic Relief” will now be filming in the State of Montana, and is moving full steam ahead to bring their project to life!

Following a successful crowdfund campaign to launch their project on Seed & Spark, with collaboration from Ebony Roberts and Stevie Collins, this project is also supported by their fiscal sponsor, the Utah Film Center. The UtFC is a 501(c)3 non-profit organization that believes that “Good Film Makes Better Humans” and utilizes the power of film to educate, inspire, and engage Utahns, transcending political, geographic, cultural, and religious boundaries to highlight human experiences from around the world. Donations are still accepted towards “Comic Relief” through the Utah Film Center sponsorship.