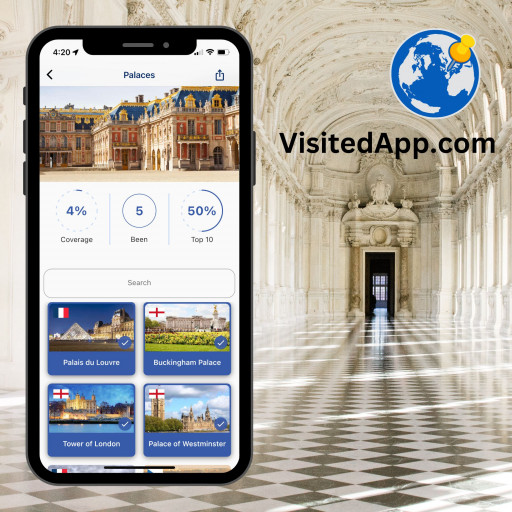 The travel app Visited by Arriving In High Heels Corporation has published a list of the top 10 most popular palaces in the world based on user data.

Visited, available on iOS or Android, is a travel app with over 1.5 million users who mark off places they've been around the world. Users can set travel goals, discover new destinations, browse top 10 travel lists, see a custom map of their travels, and get printed custom travel maps by using the Visited app.

The top 10 most popular palaces in the world include:

To see the full list of the most popular palace destinations and over 50 lists of the top attractions in the world, download Visited on iOS or Android.

To learn more about the Visited app, visit https://visitedapp.com.

About Arriving In High Heels Corporation

Arriving In High Heels Corporation is a mobile app company with apps including Pay Off Debt, X-Walk, and Visited, their most popular app.

Original Source: Visited Names the 10 Must-See Palaces Around the World