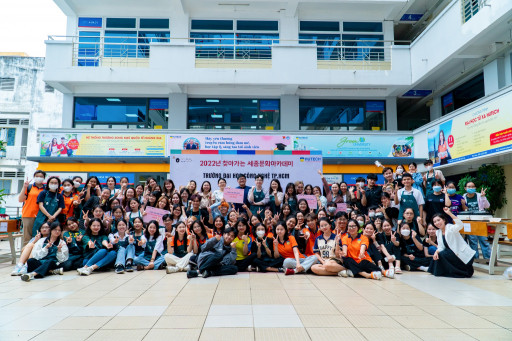 Participants can learn Korean culture more systematically from highly renowned experts in each field by participating in the "Sejong Culture Academy" project hosted by the Foundation since 2016. Taught in-person until 2019, it briefly transitioned to contactless learning due to the global spread of COVID-19 but returned to in-person learning this year. The "Sejong Culture Academy" covers various topics from traditional culture, such as Gukak (Korean traditional music), Samulnori (Korean percussion music), and Hanji (Korean paper) Craft, to popular culture, such as K-Pop and K-Beauty. The classes are held 1-2 times a week, lasting 90-120 minutes each.

Furthermore, the Foundation developed the "Sejong Culture Academy" general curriculum so that it can be operated more systematically in 2020. An advanced curriculum where students can systematically learn Korean Dishes, Traditional Plays, K-Style, and K-Pop in the field will also be developed.