Skip to content
<img width="768" src="https://img.einpresswire.com/medium/291611/a-voice-from-prison.png" class="webfeedsFeaturedVisual wp-post-image" alt="" title="" loading="lazy">A Voice From Prison Non-Profit Logo Founder Tyler King Preventive-policing has had a long history and has resulted in some of the worst governments due to the use of power upon assumptions versus fact. When you punish individuals for what they might do…” — Tyler King WASHINGTON, D.C., UNITED STATES, May 3, 2022 /EINPresswire.com/ —...

A Voice From Prison Non-Profit Logo 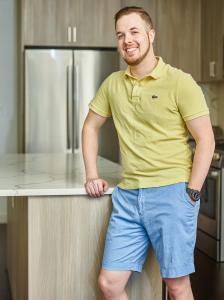 Preventive-policing has had a long history and has resulted in some of the worst governments due to the use of power upon assumptions versus fact. When you punish individuals for what they might do…”

WASHINGTON, D.C., UNITED STATES, May 3, 2022 /EINPresswire.com/ — How often do we really get a clear image of what it’s like inside the United States prison system?

Consider everything you know about prison conditions- most likely everything that comes to mind is from popular culture, with TV shows like Orange is the New Black, Sons of Anarchy, and countless others providing our only idea of what it’s really like “inside”.

TV depictions of prison conditions aren’t positive, but they’re still sanitized for public consumption. For example, in Orange is the New Black, the prison is clean and freshly painted. That depiction is a complete 180 from the conditions that most incarcerated people find themselves living in.

Highly educated Texas businessman Tyler King, who made a name for himself in the business world before he was even out of high school, is the voice behind his nonprofit project A Voice From Prison. That’s because he is currently incarcerated, serving a six-and-a-half year sentence as a result of “conspiring to access” sensitive company information- a charge that’s both vague and inaccurate, in Tyler’s opinion.

With the help of his family, Tyler provides regular blog updates with insightful commentary on not just the realities of incarceration but the overarching effects that the United States prison system has on its prisoners. His blog posts are packed with information that the average person might not be aware of- including the toll that incarceration takes on inmates’ mental health.

The Institute of Criminology at the University of Cambridge conducted interviews with hundreds of current inmates, which overwhelmingly illuminated the fact that incarceration has a permanent effect on those who experience it. And with two million people currently in the United States’ prisons and jails, this is a mental health epidemic that’s largely being ignored.

Tyler King is able to provide updates due to his incarceration in a low-security prison where he can usually access a computer. But even the privilege of contact with the outside world isn’t a given. Recently, all 122 United States Federal Prisons were put on complete blackout- meaning that phone calls, access to computers, and visitation were completely eliminated.

More than just being an inconvenience and imposition, this blackout had potentially devastating effects on inmates. Tyler King started A Voice From Prison as a result of his loss of faith in the United States judicial system and with the ultimate goal of criminal justice reform.

Many other inmates have had similarly negative experiences with the judicial system. Tyler King’s goal is to protect inmates’ constitutional rights and promote the right to a fair trial for everyone; he’s no stranger to the stories of the people around him on a daily basis, and has noticed enough of a pattern to take action. As a result of various injustices, oversights, and wrongful imprisonment, many inmates utilize their access to books and computers to conduct legal research.

During the federal prison blackout, these inmates lost access to legal resources- a violation of their guaranteed constitutional rights. Per Bounds v. Smith (430 U.S. 817), prisons are required to provide prisoners access to the courts, which includes the right to law libraries and other information that will help them prepare and file necessary paperwork regarding their sentences or the conditions they’re living in.

Tyler King also notes that putting prisoners under lockdown strips them of basic human needs like social interaction, physical movement, and access to fresh air and the outdoors. He postulates that, while the lockdown occurred as a result of inmate violence at another federal prison, locking down all federal prisons, denying inmates visitation and connection with the outside world is actually conducive to further violence between prisoners.

This incident encapsulates King’s reason for creating his A Voice From Prison project: “Preventive-policing has had a long history and has resulted in some of the worst governments due to the use of power upon assumptions versus fact. When you punish individuals for what they might do versus what they do, the result is clear – lack of accountability. Their choice to do right or to do wrong no longer matters. Liberty is taken away and then it is a slippery slope to taking control over anyone’s future. This unchecked power is exactly what our forefathers intended to prevent with the Constitution.”

Tyler King’s efforts to keep the public informed of not just the details of his own story, but the overall state of the United States judicial system and correctional facilities, is a courageous undertaking that sheds light on the hidden human rights violations happening right under our noses. Ultimately, awareness and visibility are the first steps toward meaningful change- and A Voice From Prison is working hard to take them.